Even with Tiger Woods as the student – you have to brand 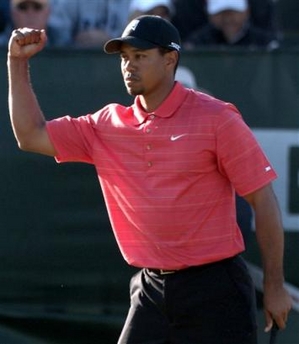 You may know that Tiger Woods has a new coach – Canadian golf swing coach Sean Foley. Apart from working with a few other PGA golfers he was relatively an unknown, until he started to coach Tiger.

Now he has hired a sports agency to represent him, launched his first product – an instructional DVD and had to defend his style and methodology from people accusing him of borrowing heavily from other teachers.

Foley himself admits that previously he had let his work speak for itself and relied on word of mouth. "I've never really built my brand" he recently said. All of the attention was not evident before "It never happened until I started working with Tiger".

You might very well be in the same situation as Sean Foley, good at what you do, asked to work on certain projects with certain lower profile people. But would it be enough to be picked to work on a high profile project by one of the senior amangement team – would your personal brand stand the test?

My mantra for 2011 is "You can no longer rely on letting your work speak for itself, it's up to you to own the definition of who you are".