Is going back to work so bad? 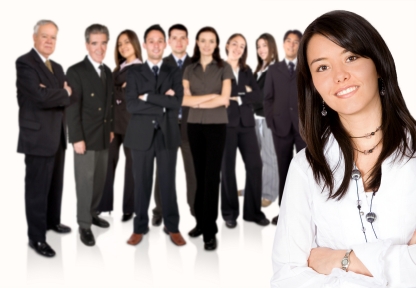 Is today your first day back after the holidays? Perhaps you were not looking forward to it – but then some people had a worse time at work in 2008;

From Friday's Globe and Mail

Layoffs and hiring freezes may be the order of the day as economic woes clobber the workplace. But why waste your time worrying about it? Just hold your head up high, whistle a little tune and have a snigger at those with bigger career headaches than you. Here are some of 2008's zaniest examples of wonkiness in the workplace:

A senior London police officer was fired for having sex at the Gatwick Airport railway station while on duty and in uniform. He said he left his earpiece in so he could be contacted in an emergency.

A museum curator in China was dismissed for gluing a 2,000-year-old turtle dove carving back together instead of reporting the damage.

A South Korean financial researcher lost his job for telling a TV talk show that people make unwise investments because they are too greedy.

A Chinese official was sacked from his Communist Party post for staging a lavish funeral for his mother. Local residents complained that he erected a stage, hired a band and hosted a banquet with more than 100 tables.

A pilot for Turkey's AnadoluJet was terminated for allowing a 15-year-old to sit in his seat during a flight while he went to the bathroom.

A Chicago public school teacher was pulled from the classroom after she taped a nine-year-old special education student to his chair because he wouldn't sit down.

A senior British civil servant was fined for leaving secret intelligence files relating to Iraq and al-Qaeda on a train.

A German policewoman forgot her gun in a courthouse washroom during a high-security murder trial involving rival biker gangs.

A German law professor was jailed for raising students' marks in exchange for sex and money.

A Romanian school teacher was suspended for allegedly shooting a misbehaving student in the hand with a rubber bullet during class.

A German woman, working as a teacher in Hungary, stripped to her underwear as part of a game while supervising a class party.

An Israeli soldier was jailed for three weeks for yawning without covering his mouth while his base commander was speaking at a memorial event.

A teenage Polish firefighter set a series of barn fires in hopes of earning enough overtime to buy his girlfriend a birthday present.

A Scottish postman working in Germany hoarded at least 20,000 letters at his home because he felt he was "overtaxed" and couldn't catch up.

The ad on Craigslist.com was for a "freelance" position, but Anne Marie Linscott, the Michigan woman who placed it, was looking for a hit man to kill her lover's wife.

A man advertised in an English post office for someone to accompany his 88-year-old father from a nursing home to a pub. He was bombarded with applicants.

When actress Cate Blanchett told Prince Philip at a reception that she worked in the film industry, he assumed she was a technician and asked her to fix his DVD player.

Not in the job description

A woman from the Philippines who moved to Toronto to work as a live-in nanny was sent to a country inn where she was ordered to change beds, clean toilets and paint decks.

A Chinese airport called 30 workers away from their duties and ordered them to push a stalled 20-tonne plane off a runway. It took two hours to move it less than a kilometre.

An Italian priest organized an online beauty contest for nuns in an effort to dispel the perception that they were all old, sad and dowdy. His bishop nixed the project.

A church in Gloucestershire, England, hired a young woman who wears hot pants, biker boots and a dog collar as its curate. "I think it makes me more approachable," she said.

Police unions in the Netherlands protested that their members weren't being treated as "normal" citizens after they were ordered to stop using soft drugs in their spare time.

A Nova Scotia employees' union filed a grievance over polygraph tests that asked job applicants embarrassing questions, such as whether they had had sex with animals.

The head of a German telesales company fired three non-smokers and announced he would hire only smokers in the future. Non-smokers, he said, are grumblers who don't socialize with their co-workers.

A Maine man lost 140 pounds over 11 months to meet the weight requirement to join the U.S. Marines.

Hazards of the job

Two German police officers were mistaken for male strippers when they investigated a complaint about a noisy party. They were mobbed by drunken women urging them to rip their clothes off.

A farmhand in Northern Australia was freed from the jaws of a crocodile when a co-worker shot it. Unfortunately, a second shot hit the farmhand's right arm. The injuries were not life-threatening.

A New Jersey police officer spent his last day on the job giving tickets to 14 patrol cars because their safety inspection stickers were not up to date.

Believing, mistakenly, that her boss planned to replace her, Florida architect Marie Lupe Cooley went to her office on a Sunday night and erased $2.5-million (U.S.) worth of drawings and blueprints.

The average British commuter faces a three-hour round trip each day, according to a report by the Automobile Association and Work Wise UK. The groups say that equates to 18 years over a working career.

When a consumer group known as Which? swabbed 33 computer keyboards at a London office, it found four with enough bacteria to be potential health hazards, and one with five times more germs than an office toilet seat.

In a survey of 1,000 employees at English companies conducted for Norwich Union Healthcare, one in three admitted going to work with a hangover, and more than one in 10 said they had been drunk at their desk.

In an Internet survey of 2,337 American workers by staffing giant Randstad, almost half of respondents said they did not respect their boss, and just half believed their boss was competent.

You can be replaced

Robots could fill the jobs of 3.5 million people in Japan by 2025, according to a prediction by the think tank Machine Industry Memorial Foundation. Robots, it said, could help look after children and seniors.

German federal policewomen are being outfitted with bullet-proof bras designed to offer additional protection under their bullet-proof vests.

The United Nations urged its New York staff to trade business suits for light attire this summer in an effort to slash air-conditioning costs by $100,000.

In an effort to curb prostitution, a local government in Indonesia asked masseuses to wear a padlock on their pants.

Cab drivers in Salzburg, Austria, were barred from wearing track suits because they don't suit the city's upscale image.

Tina Fey glued her ears down to get the right look for her impressions of U.S. vice-presidential candidate Sarah Palin on Saturday Night Live.

Travel writer Thomas Kohnstamm admitted he plagiarized and made up information included in Lonely Planet guidebooks. He wrote about Colombia without visiting it.

A police chief in southwestern China arrested 25 close relatives for various crimes over a 10-year period. They included a brother, cousins and members of his wife's family.

A New Zealand policeman jumped from his bed in the nude and gave chase to a would-be criminal after hearing a car theft in progress.

An electrical blackout left an English brain surgeon in the dark halfway through an operation in Ukraine. He successfully completed his work with a cordless drill.

1 thought on “Is going back to work so bad?”