Nobody owns your personal brand…….except you. 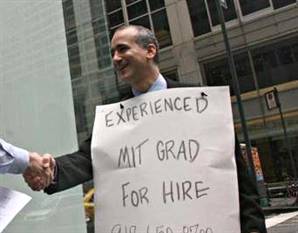 With the current economic climate and on and off again employment prospects, many people are exploring the idea of not going back to the corporate life and embarking on the life of an entreprenuer.

There are a myriad of things to consider, not least of all what you are going to do for whom and is there a demand for it?  One area that raises a lot of conversation and consternation is the name of the company.

It may seem like an almost frivolous question – until it comes to several years later, you are successful and want to sell the company or take less of an active interest.

What is the value with your name attached to it?  Would you get more or less?

A great resource on this and many similar marketing, branding and social media challenges Chris Brogan has blogged on this subject in the past including about his own dilema having become known by his name and as his social media business et all expands there is still, at least to my outside perception, still a very close attachment to him the person, even as he develops ventures like Human Business Works and Third Tribe I would still know them as Chris Brogans Human Business Works for example.

Perhaps some would say this is a nice dilema to have, but if you are considering this step it might be wise to take a little more time than you might have first considered.