The Brand That Was Steve Jobs 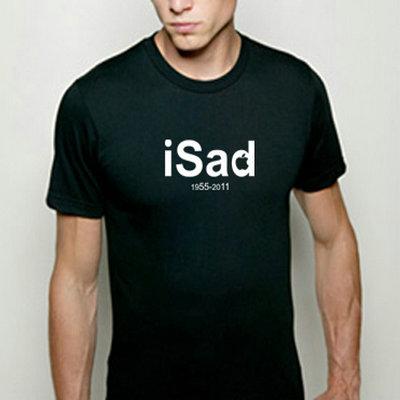 The passing of Steve Jobs resulted in an outpouring of emotion and praise that I would suggest was almost unprecedented. A Google search shows over 234,000,000 web pages – 70,000,000 more than Obama!

Now part of that visible reaction was due to the fact that we have so much more ability to communicate to many more people – ironically in many cases using the very tools that Jobs helped develop.

Also that technology and it's speed helped produce fast reactions – with many online eulogies, pieces and collections (see below).

Also significant media responses such as whole ad-free magazines ( like Business Week, Time ) and newspaper inserts ( San Francisco Chronicle, Los Angeles Times) dedicated to him. E-books launched ( by Wired) and sold on Amazon within hours and an upcoming biography rushed forward by 6 months.

And the inevitable surveys on the future of Apple;

Poll: How will Apple perform without Steve Jobs?

In currently reading Paul Allen, Co-founder of Microsoft's autobiography  it is apparent that Steve Jobs was not always a liked man, or a pleasant leader to work with and for.

But the ultimate test of a strong brand is defined "by a perception, good or bad, that your customers or prospects have about you".

In Jobs case it would appear that with his own personal leadership brand the many positive attributes, skills and unique abilities far outweighed the negative in the vast majority of eyes. He will certainly be missed by many.

12 contrasting and insightful perspectives I found on Steve Jobs:

Steve Jobs commencement address at Stanford University 2005, watched the day after his death by over 8 million people.

Steve Jobs – The Builder- blog post from Jonathan Salem-Baskin who worked on the PR account of Apple in the late 90's.

Steve Jobs – A Tribute – obituary from Steven Levy at Wired.com. also check out his podcast at Harvard Business Review –  The Legacy of Steve Jobs – a perfect CEO

Steve Jobs dead at 56, his life ended prematurely by chemotherapy and radiotherapy for cancer – hard hitting commentary on Steve Jobs health choices and the impact of Apple from Mike Adams, Editor of NaturalNews.com

What I learned from Steve Jobs – reflections from Guy Kawasaki, former Chief Evangelist at Apple

Gallery of Fortune Magazine covers with Steve Jobs on the front 12 of them in total!

and of course Apples own tribute.