Vote for ME – you know it makes sense! 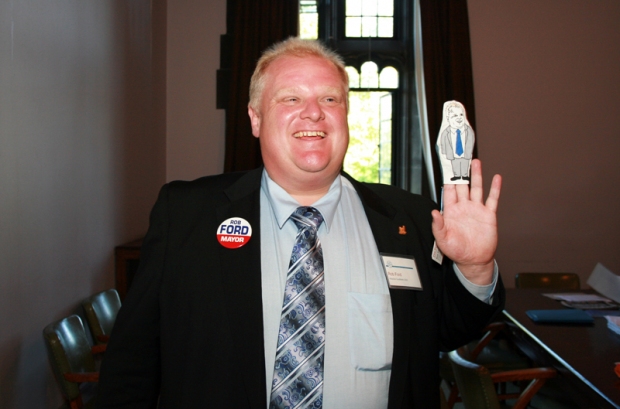 "Uncouth, uncultured, suburban, journalist-chasing, drunk driving, marijuana-possessing Air Canada Centre ejectee and lone wolf"- these were the words that kicked off an article by Chris Selley of the National Post about the Mayor elect of Toronto. Hardly the attributes you would think of associating with the leader of Canada's largest municipality.

But all the negativity associated with these words and the person they were attached to have been put aside by well over 300,000 Torontotonians to elect Rob Ford as their next mayor.

In comparison to the others running in the race Ford had a simple message from the start – to stop the gravy train of spending – and he remained consistent with that throughout. One candidate, Rocco Rossi, who dropped out late in the race had so many message and policy changes that people had no idea what he stood for and subsequently his support plunged.

There is a great lesson here for your personal brand message – a mixture of emotional connection and simplified messaging wins the day – there are other municipalities in Ontario and beyond waking up to the same realization and results with candidates who followed a similar template.

No matter how great your personal brand campaign may sound, how glossy the career marketing documents look or how polished your presentation – if its not a clear message that resonates with the right people you are going to be looking in from the outside.

What do you think about the Toronto vote, or what has been happening in your municipality?

7 thoughts on “Vote for ME – you know it makes sense!”