When In Doubt Deny….Then Lie 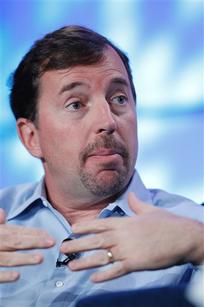 Well it was only a matter of time before we saw it again.

People seem to easily forget that celebrities and CEO's are human too. That means a small percentage will also do things that surprise the rest of us.

This time it was Scott Thompson, now former CEO of Yahoo, the beleagured internet company, uncovered as having lied on his resume.

His claim was to have a double degree, when an unhappy investor discovered that one of those degrees was not even offered by Thompson's school until after he had graduated!

Three things that Thompson did that accelerated his downfall;

It now has been reported that Thompson may be suffering from thyroid cancer, my empathy to him if that is the case. But his actions have now damaged a leadership brand that previously had been held up as a technology success and likely a strong factor in his being hired for the Yahoo position.

Hopefully you will never be in this situation or something similar, but if you are three simple rules to follow;

Thompson may not be concerned about working again, although reports say there is no severance package. But most of us are likely going to have to and want to work again. So if you do have to, do it on your terms, do not leave it to others to fire you. Falling on your sword when it is entirely your doing really is the only honorable thing to do

Want to see who else in senior levels of responsibility (including the current vice President of the United States) have been in a similar position? CLICK HERE

Do you think Thompson handled this the right way? Would you do things differently?