Why Lance’s Personal Brand Will Continue to Live Strong 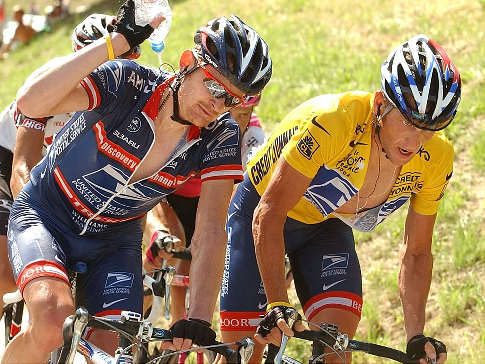 Sadly, unless there is a definitive answer, that final attribute will now always be associated with Lance Armstrong's personal brand. But always with a question.  We all know him through those first three attributes, the question is can we ever not think of him without the last one?

Both sides were always too far apart for this to be concluded with anything other than the wrong result. Witnesses and experts on both sides claiming to be right. Strong personalities involved. A lot at stake. Now the truth may never be known.

Part of the confusion for many of us might be the fact that what might be a lifetime ban for some sports (e.g. cycling), can be a couple of years in athletics or results in a 50 game ban or less in baseball. Even some multiple offenders come back to play in their sport again.

For the USADA this has been a 10+ year endeavour. The rumour and insinuation has hung over Armstrong really ever since his first Tour win, or even before. His decision to no longer contest the USADA investigation, as much as they would like to think so,  has not changed that.

Many cases of celebrity brands being damaged, and recovering, have been because their indiscretions were evident, recorded or admitted. Think of Martha Stewart or Tiger Woods. To varying degrees they made a come back, as have many others. The celebrity loving public can be quite forgiving, as can their sponsors.

But will the public forgive Armstrong? For many there is nothing to forgive. Does he even have to be looking at any kind of comeback? His brand is so strong in the eyes and minds of so many, even more I suggest than almost any other athlete or even celebrity, and the case still ambiguous at best, we may see mush less fall out than from other high profile falls from grace.

So what will become of Lance Armstrong?

I understand, for someone who over came cancer, saying enough is okay in my book. Thanks Lance, MY perception of your personal brand is you are an athlete, survivor, philanthropist. BUT above all an inspiration – unless you say otherwise that continues for me today.