Your Business Card is NOT a Queen of Spades 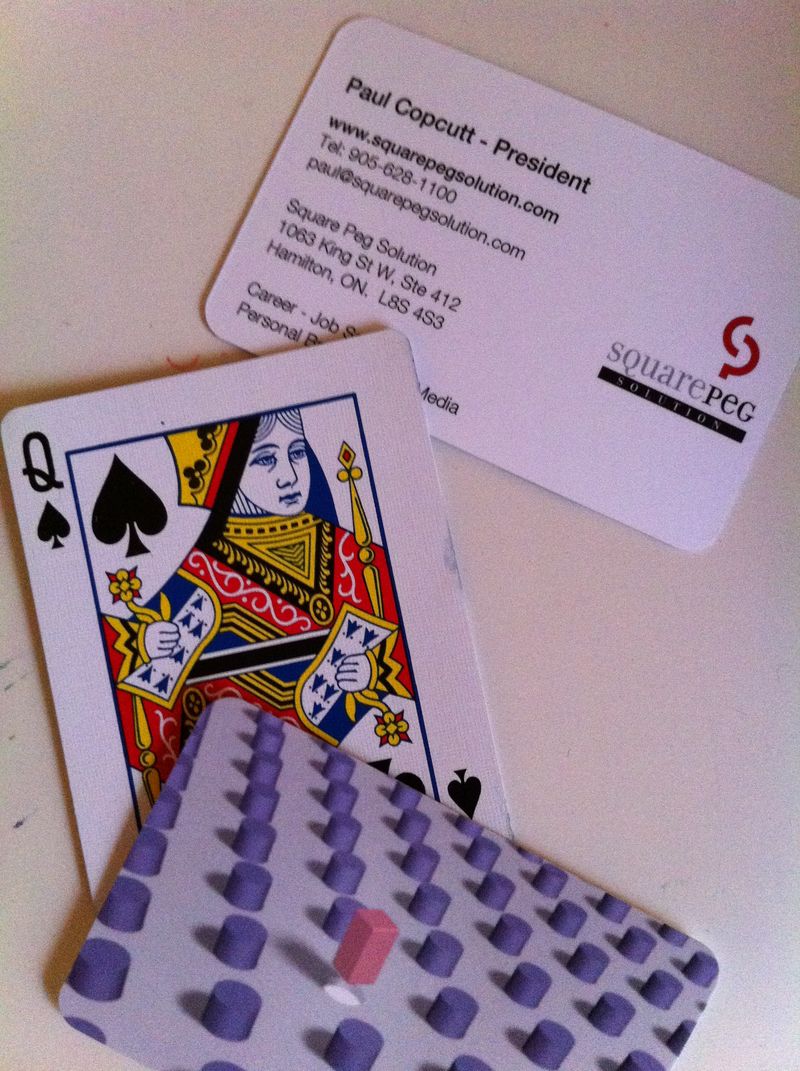 We love to play various card games. My kids especially love Crazy 8's, it's a fast paced game with the main goal to get rid of all your cards before any opponents. They get extra enthusiastic when they lay a card down that causes you as the next player to pick more cards up – especially the Queen of Spades, where the penalty is 5 extra cards!

Unfortunately at many events people treat it like a game of Crazy 8's and use their business cards in the same way – they come around trying to put their cards down (or in your hands) as quickly as possible, many times moving on before even asking you anything or getting your card in return – more worried about their next turn instead.

At two recent networking events I experienced two classic examples of this, which resulted in the damaging of each person's personal brand in a big way.

1. At the first event I was standing at a small drinks table with three other people, all of us in conversation. This person 'barged' in to the group, had their business cards in hand like a deck of cards and proceeded to 'deal' us each one card on the table in front of us, with the comment of "I am X and I do Y" and then walked on to the next group.

We all looked at each other slightly bemused, continued our conversations and when we did depart not one of us picked up a card.

2. At the other event I was in conversation with one other person who I had not seen for a while and was really interested in catching up. This person just came up to us both and shoved their card in our hands and walked on.

Not more than 10 minutes later they were back, had completely forgotten who they had already given cards to, and tried to give us their card again. My blue recycling bin was the only place I filed that card!

Your business card is very often the only physical reminder someone has of your personal brand, so make sure you are using it wisely.

Establish some kind of rapport or relationship with someone before offering your card, or wait until they ask for it. Or if you feel you can offer some value to that person make sure to ask for theirs.

But however you decide to exchange cards, as the American Express ad's say –  don't leave home without them!