Your leadership brand is what others say it is – so what are they saying?

It's always gratifying and exciting to see clients make breakthroughs with their personal brands. Suddenly something that previously was never on their radar becomes an idea, then an action and finally a regular part of who they are.

This new way of being, or more accurately, conscious communication of their personal brand, makes the work with them so fulfilling.

On occasion this even gets noticed by others and it was pleasing to see over the last couple of weeks two clients gaining coverage in the press, for very different parts of their brands. One was as a regional winner of entrepreneur of the year, the other was for his tireless community and charity work.

What was also great about their coverage was that others were recognising, commenting on and communicating what their respective leadership personal brands were all about.

It all goes back to the old adage of branding – "Your brand is not what you say it is, it's what others say it is"

The first was Mac Van Wielingen of ARC Financial in Calgary who was in the Financial Post;

Mac Van Wielingen, founder and chief executive of ARC Financial Corp., received the Prairies Ernst & Young Entrepreneur Of The Year award at a gala event in Calgary on Oct. 18. He also won in the professional/financial services category.

“Entrepreneurs understand better than anyone else that good ideas are too valuable to waste, and Mac is no exception,” says Luana Comin-Sartor, director of the Prairies EOY program. “His unparalleled drive to create long-term value for ARC Financial through calculated risk management and dedication to people excellence is what has taken his good idea from modest beginnings to new heights of market leadership.”

Realizing it takes more than ideas to get a business off the ground, Mr. Van Wielingen put together an engaged and motivated team from the start. He continues to commit to developing innovative processes and practices that ensure his top talent maintain and share his vision for the company’s future.

“Innovation isn’t just about developing new products and services, it’s about pushing ourselves to be better,” Ms. Comin-Sartor says. “And it’s exactly this careful balance of great ideas with great people that makes Mac a standout.” 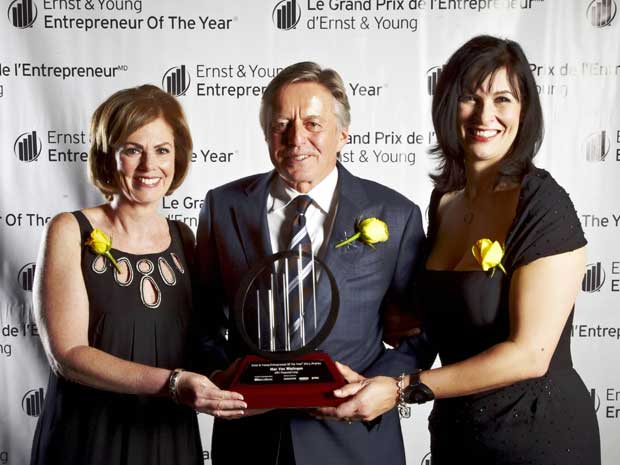 The second was John Evans of Evans, Sweeny, Bordin , written about in The Hamilton Spectator;

John Evans is a guy who really cares.

He won’t tell you that.

But others will — including Len Lifchus.

The local United Way CEO credits longtime Hamilton lawyer Evans with mobilizing the city’s legal community to rally behind it — so much so that $1 million has been raised over the past 10 years for the United Way of Burlington and Greater Hamilton.

Lifchus sings Evans’ praises for more than his fundraising efforts, however. He is also impressed at the way Evans treats people.

Two years ago, when Lifchus came to town to take over the CEO position, Evans went out of his way to make him feel a part of Hamilton. He invited him to his home, and every time he saw Lifchus, asked how the job was going and offered to help in any way he could.

“He approaches his philanthropy in the same manner. He really does care,” Lifchus says. 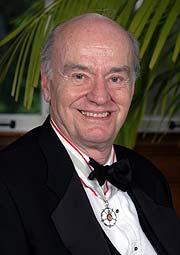 As you consider your own personal brand, what would you want the local press reporting what others are saying about you? – and make a point of living that brand now.

1 thought on “Your leadership brand is what others say it is – so what are they saying?”